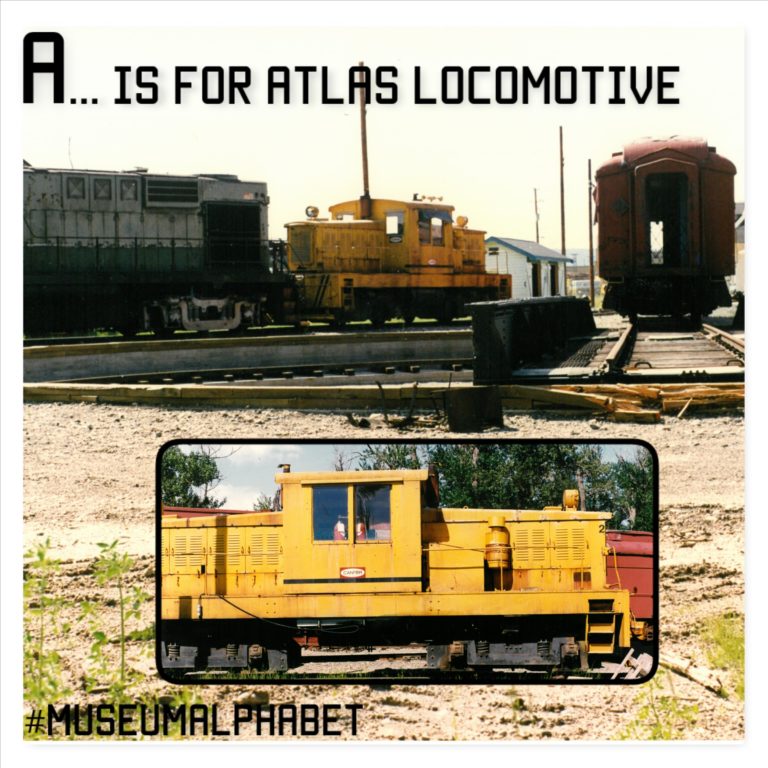 A 65-ton diesel-electric locomotive.
This engine was built in 1942 and used by the U.S. navy to move cars at the docks until 1956. This piece is very important to our collection because it is operational and was used to move cars within the park.
The Atlas Locomotive was acquired by the museum in 1990 as a donation from Canfor’s Port Mellon pulp mill where it was used as a switcher. To deliver it to our site, first Seaspan International moved the locomotive by barge from Mellon to North Vancouver. From there, BC Rail hauled it to City of Prince George.