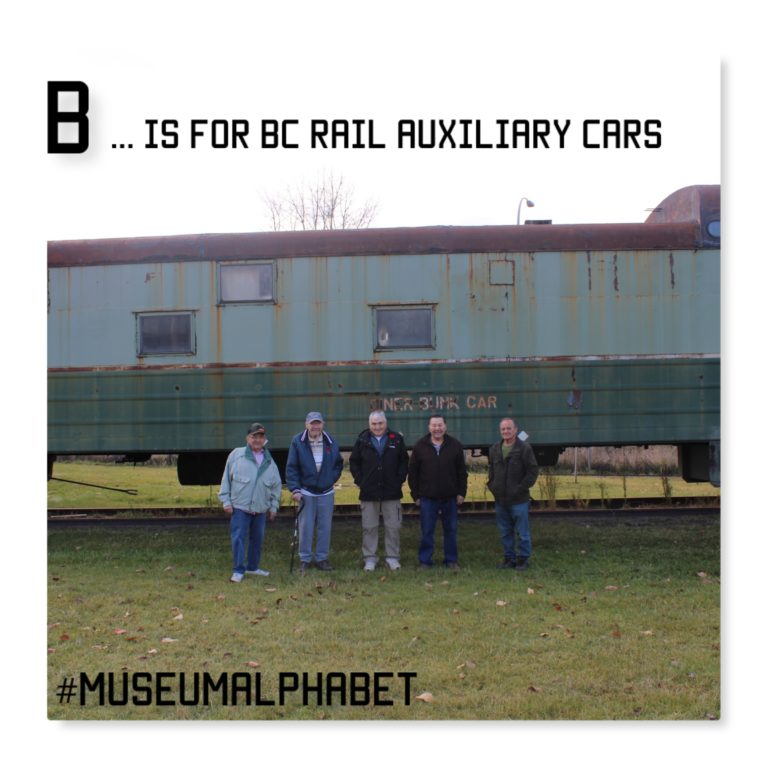 The museum holds three pieces of rolling stock used by the Prince George BCR Auxiliary. They are a Diner/ Bunk car, a Tool/ Wash car and a Diesel Crane.
What is an Auxiliary Train Crew? These were a group of workers that regularly worked in the Car Shop who would be called to respond after a train accident.
American Hoist Diesel Crane: This crane was built in 1943 and acquired by the PGE in 1955. It was used to lift derailed cars and locomotives. The crane has a very long boom measuring 14.7m and is capable of lifting 150 tons! It was lovingly nicknamed the Northern Star by its Prince George crew before it was retired by CN in 2007.
The Crew Cars: Both these cars are “combination” cars since they are split to be multifunctional. Half of the Diner/ Bunk Car is a Kitchen and eating area, and the other half is filled with bunks. The Tool/ Wash Car houses the showers and sinks, a small recreation room, a private room for the crew foreman, and a large area for tool storage.