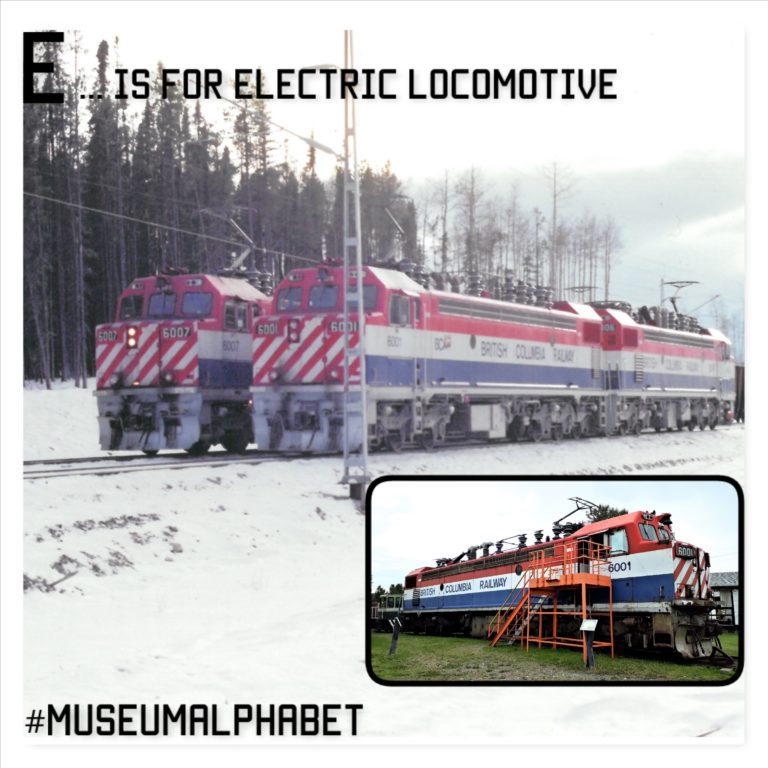 The British Columbia Railway 6001 is the only surviving 50 kilovolt electric locomotive of its kind. It is quite rare considering there have only been three 50kv lines ever constructed worldwide.
The locomotive was built in 1983 by General Motors in collaboration with the Swedish company ASEA specifically for the Tumbler Ridge subdivision which served the bull Moose and Quintette coal mines until 2000. Because of the rails passing through long tunnels (ranging between 3.5-5.5 miles long!) diesel engines that produced smoke could not be used since the tunnels were unventilated.
After their retirement, the 6001 and her six sisters sat unused for three years until they were shipped to Tacoma, Washington to be scrapped. Fortunately, Central BC Railway and Forestry Museum through the generous donation of Paul Roy and family were able to purchase the 6001.