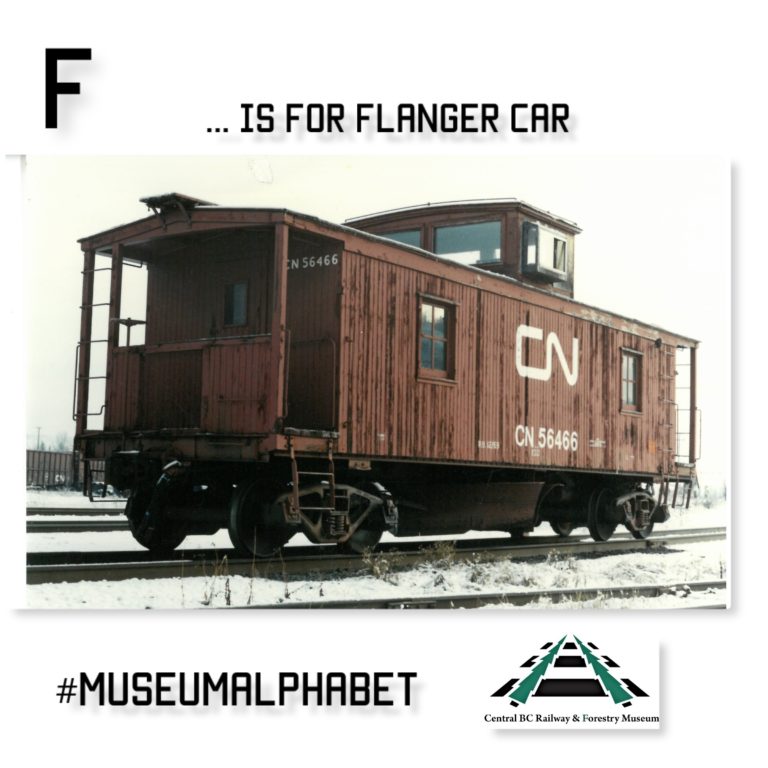 Flangers are large metal blades that are mounted beneath different kinds of rolling stock and lowered to clear ice and snow from in between the rails. CN Flanger 56466 was donated to Central BC Railway and Forestry Museum in 2006 by the Bulkley Valley Historical Society of Smithers.

Originally built as a boxcar in 1915, the car was constructed in eastern Canada from fir. In 1949 it was modified into a Flanger Car by adding a two way blade and a cupola.

The cupola is the raised section of roof most recognizable from their common use on cabooses. Since flangers were often attached to the back of the train, the cupola allowed workers full vision.

It mainly saw service west of Smithers but sometimes worked the Endako run. In later years it was used in the yard to spread gravel and occasionally carry freight until 1978 when new safety regulations restricted the use of old wooden boxcars.