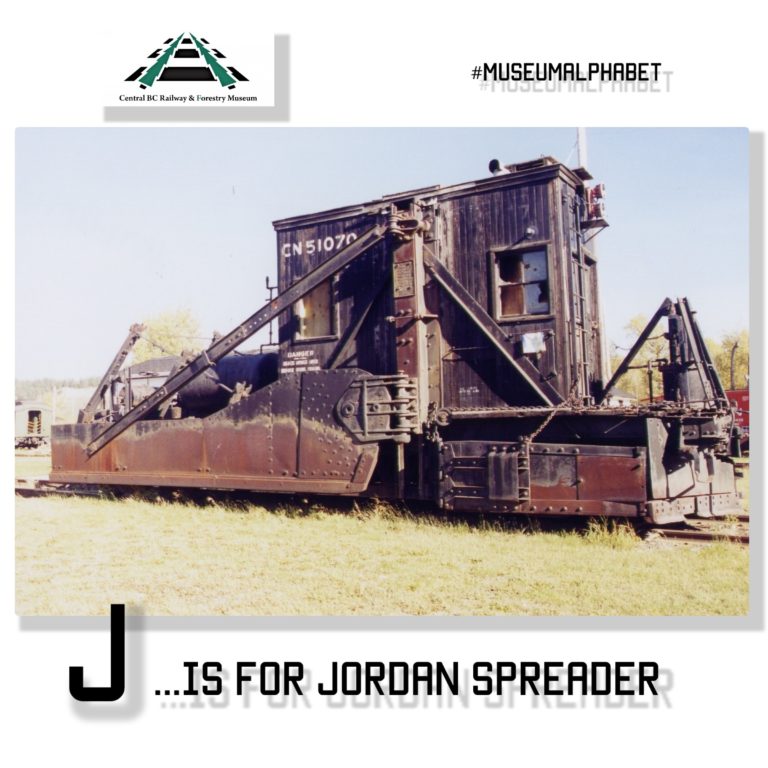 Jordan Spreaders were commonly used to smooth and grade the gravel ballast alongside railway tracks; however, they were also used to clear snow and other track blockages.

Central BC Railway and Forestry Museum holds CN 51070, a Jordan Spreader built by O.F. Jordan Company of East Chicago in 1919 for the Grand Trunk Pacific Railway.

Originally an open design, a wooden cab was later built over the controls which along with a stove made operation much more comfortable for workers during the winter. This Spreader is equipped with two large blades that fold out from the body to extend out and over the tracks on both sides. While the wings are moved by compressed air, Jordan Spreaders do not have the capacity to move themselves, so they are pushed in front of locomotives.