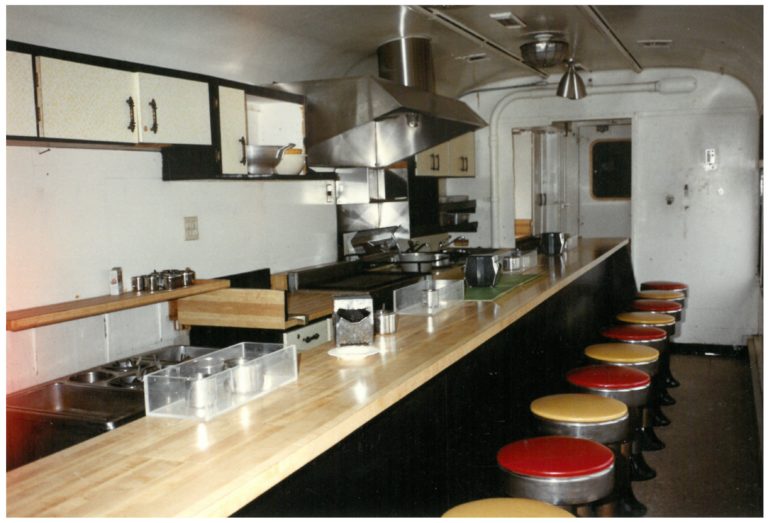 Several of the rail cars at Central BC Railway and Forestry Museum have kitchen and dining facilities. We have chosen to feature the kitchen in one of our combination coaches, the Endeavour!

The Endeavour is a combination dining and power car that was built during the 1920s. Half of the car is set up as an open kitchen and bar, while the other half houses two large generators that could power the whole train! It served just this purpose in 1976 aboard the American Freedom Train which toured the USA to celebrate its bicentennial.
The Endeavour was later purchased by BC Rail and was run in the Royal Hudson service. The Royal Hudson service was aimed directly at garnering tourism dollars while harkening back to the nostalgic age of steam locomotion.