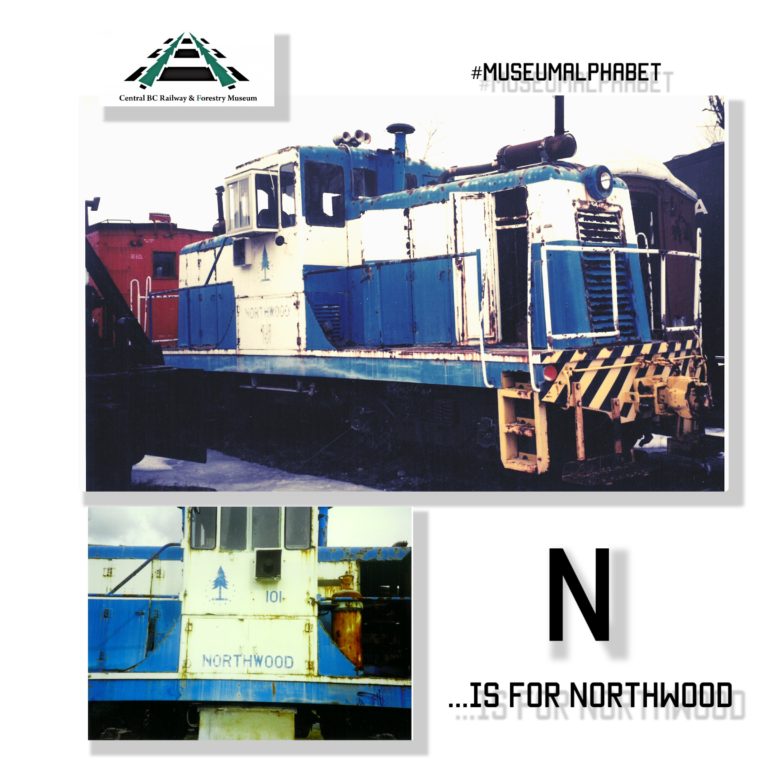 We have many hidden gems that are rarely seen by the public at Central BC Railway and Forestry Museum! One of them is the Northwood #101 Locomotive.

This 65 ton Diesel-Electric locomotive was built in April 1943 by General Electric for the US Navy as #65-00407 where it worked in Long Beach, California. It was later used at the Naval Ammo Depot in Burns City, Indiana. After the Locomotives work with the Navy, it was purchased by Northwood Pulp and Timber in June 1965. Northwood used this engine along with units #102 and #103. Northwood #101 was acquired by Central BC Railway and Forestry Museum in 1993 as a donation from Northwood, now a subsidiary of Canfor.