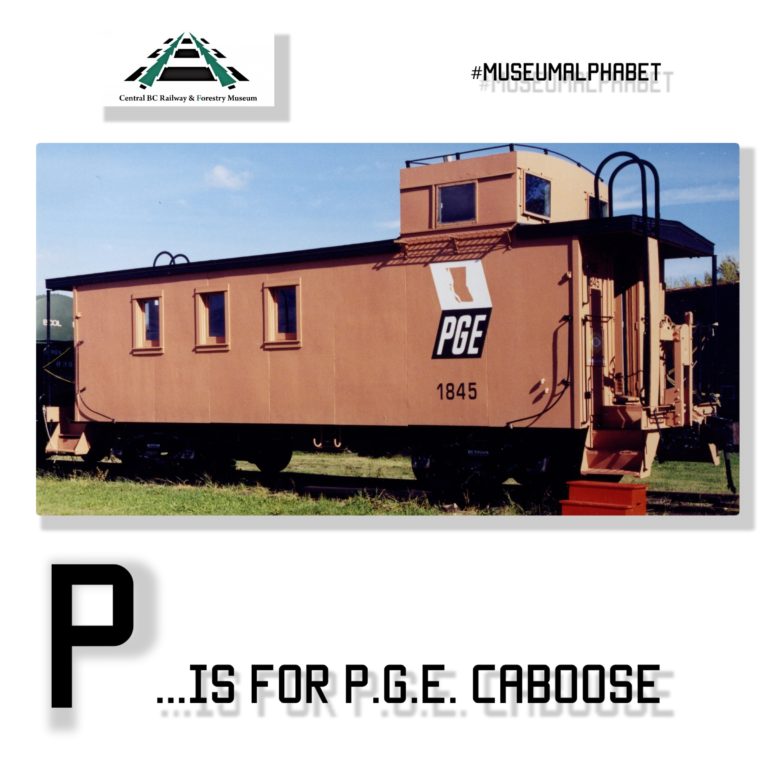 What does P.G.E. stand for?

The Pacific Great Eastern of course! Although, these initials have also been jokingly said to stand for phrases such as Prince George Eventually and Provinces Greatest Expense.

The building of the P.G.E. began in 1912 with a mission to connect southern BC to the north. It arrived in Quesnel in 1918, but construction soon after ground to a halt in the face of building challenges and then one world war after another.

After a gap of 40 years had passed and much money spent, the P.G.E. finally arrived in Prince George in 1952.

We have several artifacts at Central BC Railway and Forestry Museum  that were owned by the P.G.E.; however, many have been repainted in BC Rail colours. One piece that still bares the P.G.E. logo is our P.G.E. Caboose 1845. The caboose was built in 1913 as a boxcar for St. Louis & Shannon Francisco and was later converted to a caboose in 1956. The Caboose was bought by the Pacific Great Eastern in 1957.