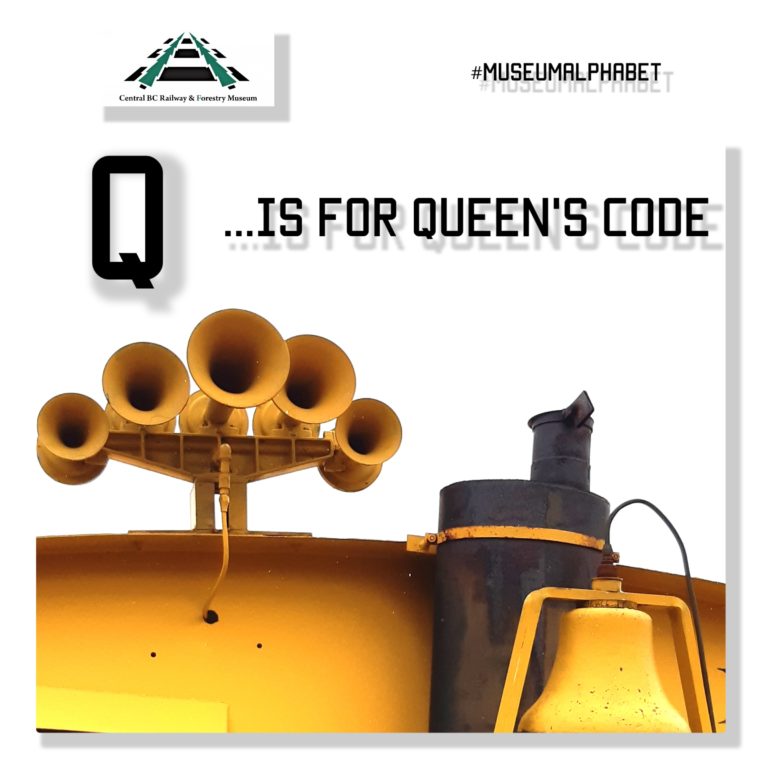 Q is for Queen’s Code

If you have ever taken a ride on the Cottonwood Minirail train, you have heard the conductor and engineer communicating with whistle signals. Did you know that we use the same signals actually used on the railway!

The last signal we use is to indicate that the train is coming up to a crossing.

The signal is two long blasts followed by a short blast and one more long blast, ( – – . – ), which is also the morse code signal for the letter “Q”.

It is debated how this signal originated, but one common legend is that British ships were ordered to sound this signal to let other boat traffic know that the Queen was on board and that other ships must yield to her passage.