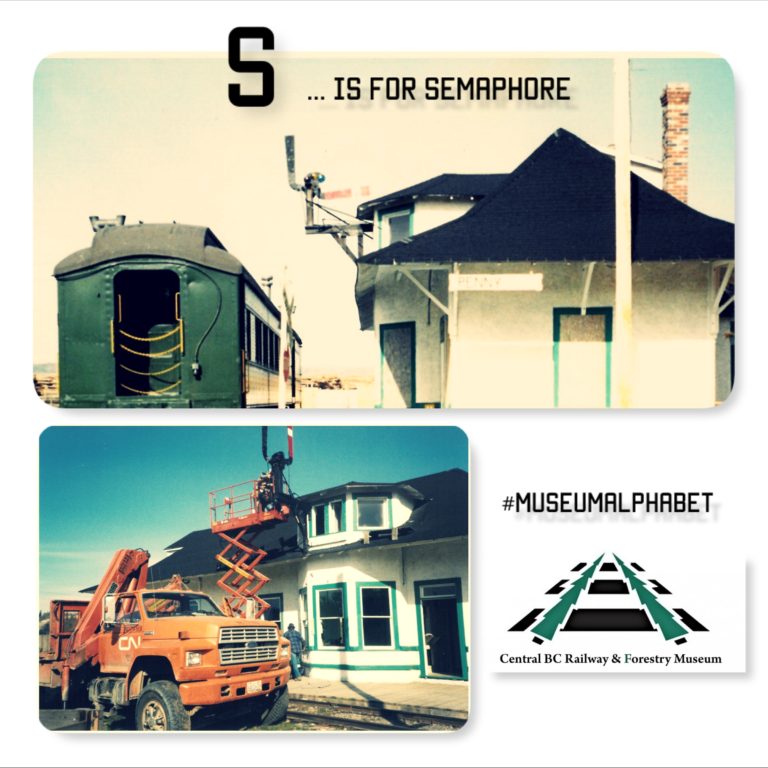 Semaphores, like this one on Penny Station, were used by stationmasters to communicate with incoming trains. The position of the semaphore would instruct the engineer whether to stop at the station, slow down, or keep going.

Today the Penny Station Semaphore is painted all black, but as you can see in the photograph, its blades used to be painted bright red with a white stripe. This distinct colouring was to ensure a high contrast between the semaphore blade and its natural background.

Additionally, the Penny Station Semaphore is equipped with coloured lenses at the base of each blade. At night when the blades were not visible, their movement could still align these lenses through which a light would be shone to show oncoming trains the appropriate signal.