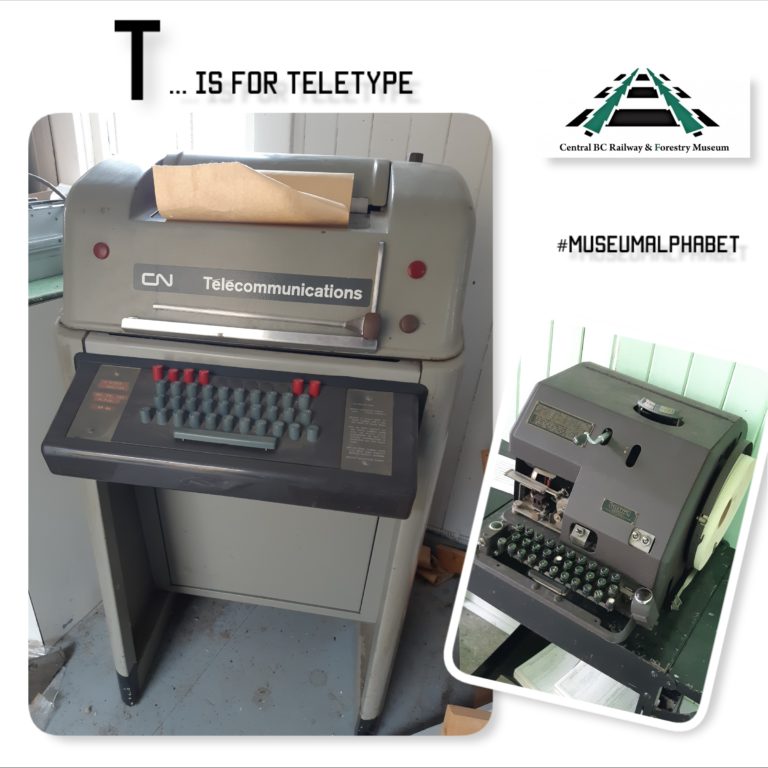 The teletype, or teleprinter, was used to send and receive messages in morse code. However, it differed from other telegraph technology because it could read and translate morse code for the user! A worker could type out a message which the machine would translate into morse code and send over the wires. When it arrived, another teletype would read the message in morse, translate it into words, and then print a copy.

At Central BC Railway and Forestry Museum we have several different vintages of teletypes which would read and print messages in different ways. Since they were commonly used by the railway, the museum has several examples of teletypes used by CN Communications.