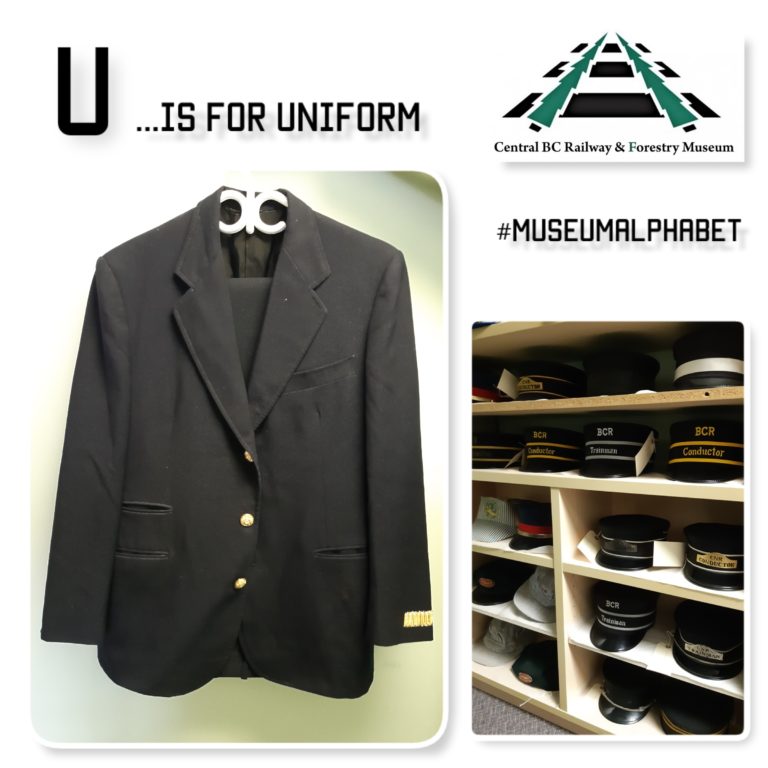 Central BC Railway and Forestry Museum holds many uniforms that formerly belonged to conductors and engineers from several different railway companies, as well as uniforms from members of the BC Forest Service. This post will focus on conductor’s uniforms.

The traditional uniform worn by conductors and brakemen was a 3-piece suit; coat, vest, and trousers. They were designed for long service and hard use. For this reason, pockets and coat cuffs were often edged with leather.

Typically, brass would be used for the buttons on a conductor’ uniform and nickel on a brakeman’s. Badges worn on hats would also follow this material pattern and would bear the railroad’s name or logo.

At the museum, we are lucky to have samples of conductor uniforms from the Pacific Great Eastern, BC Rail, and Canadian National.