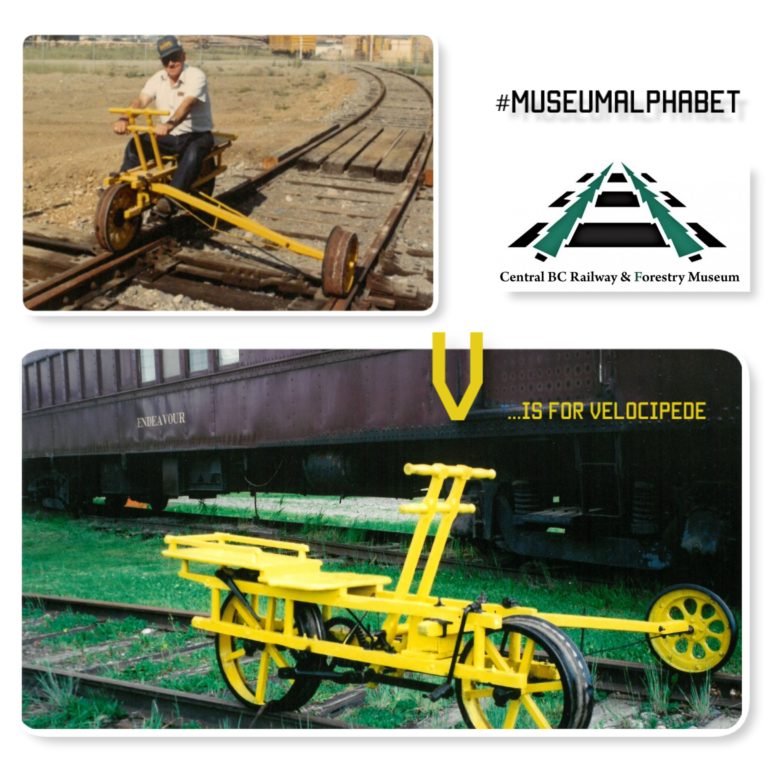 Velocipedes are man powered track vehicles that were often used by track inspectors as well as other railway workers.

George S. Sheffield, a Michigan farmer, invented a three-wheeled railroad hand-car propelled by a combination of hand and foot power in 1877. He applied for a patent on his hand-car in 1879 and later that same year established his business, the George S. Sheffield & Company. His design was the model for most later velocipedes including the one pictured here.

Central BC Railway and Forestry Museum has five velocipedes housed on site. Two of these were donated by Canadian National in 1988. They are made mostly of wood in order to keep them as light as possible, weighing only 140 pounds, thus enabling one person to get the vehicle on and off the track quickly if necessary.