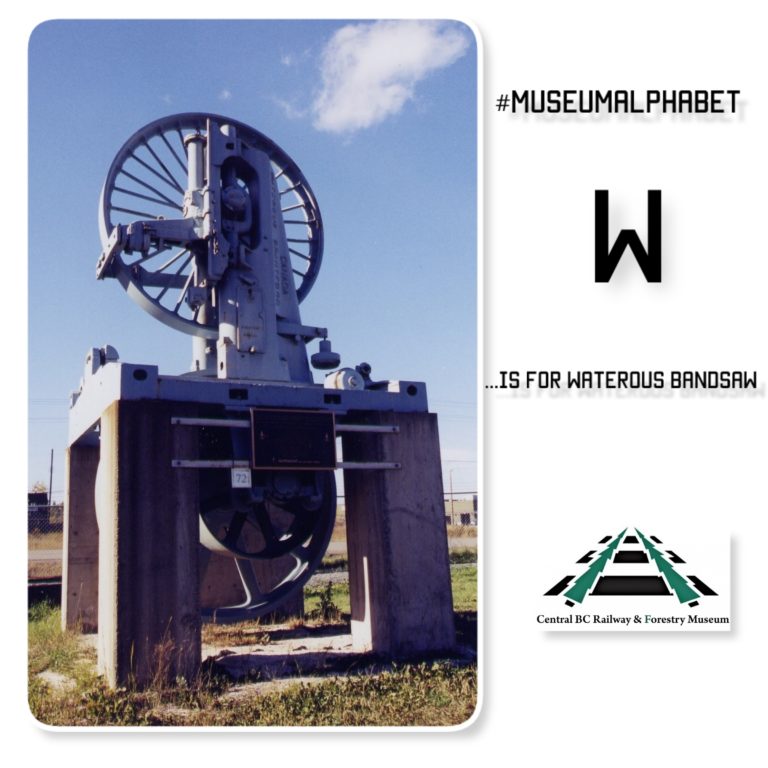 The company was known for manufacturing steam engines and sawmill equipment.

This 8-foot diameter double cut bandsaw was installed in Eagle Lake Spruce Mills of Giscome, BC in the 1930s and operated until 1974. It was donated to Central BC Railway and Forestry Museum in 1989 by Northwood, now a subsidiary of Canfor.

The saw was used to cut round logs into square cants and lumber. Bandsaws were popular because they created less sawdust and were more efficient than other types of saws. The byproduct of making the square cants, was the outside pieces called slabs. These slabs were either burned or forwarded to a smaller mill where they were sized and cut into smaller dimension product.