Both railway and forestry have a rich history in the Prince George Area. We are located at the intersection of two historically significant railways. The Grand Trunk Pacific (GTP), running from Eastern Canada to Prince Rupert, reached Prince George in 1914. Shortly after, in 1923, this railway was absorbed into Canadian National Railways (CN/CNR). The Pacific Great Eastern (PGE) began construction in 1912 with the goal to connect Southern British Columbia to the North. Due to financial and engineering challenges, the railway remained incomplete until 1952 when it finally reached Prince George. Acquired by the provincial government in 1918, this railway was renamed in 1972 to the British Columbia Railway (BCR). 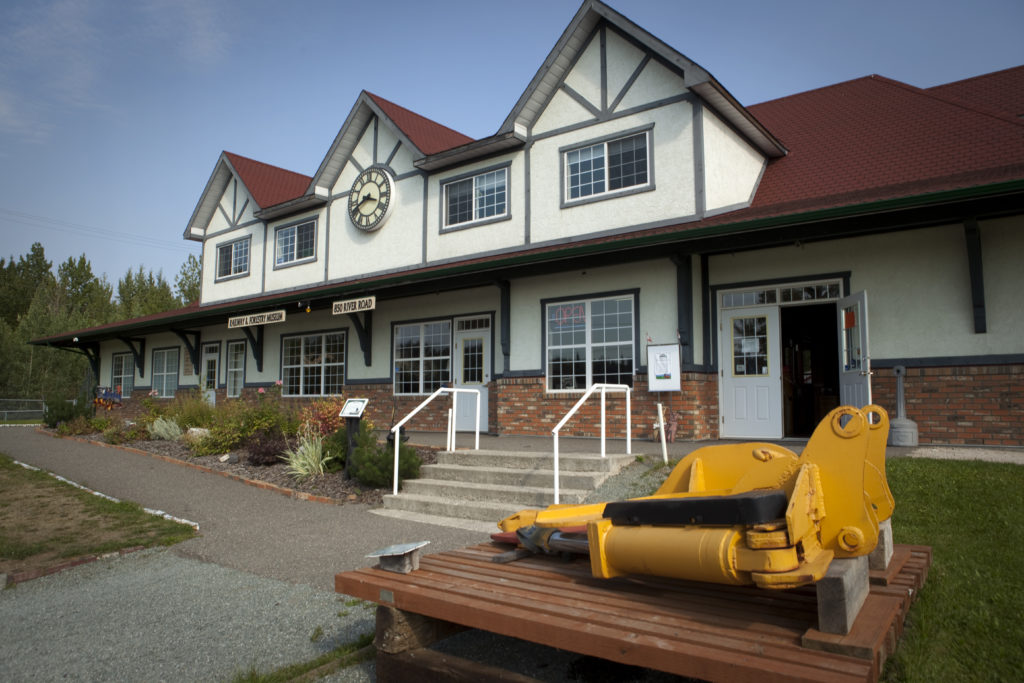 Forestry operations surrounding Prince George have been just as prolific. Starting in the early 20th century, the landscape of Central British Columbia became dotted with numerous small saw and planer mills. While several of these operations survived and grew along the rail lines that shipped their product, many faded as quickly as they had begun. After WWII, there was a new invigoration to the local industry as whole operations were moved to the area from the prairies.

The Museum grew from the efforts of six local residents who undertook the restoration of a wooden 1903 Russell railway snowplow. In the past the snowplow had belonged to Northwood Pulp and Timber Ltd who had purchased it from the PGE.  At this time, it was discovered that there was a considerable amount of railway equipment of historical value that was about to be discarded by the Railways.  This equipment was of interest to local residents and visitors alike, and there was sufficient community support for a Museum.

Since our incorporation on March 22nd 1983, our membership and assets have grown rapidly. March 5th 1984 signaled the Society’s most conspicuous accomplishment to date: we were granted a Museum site by the city of Prince George. Our 8-acre tract at 850 River Road is ideally located just north of the CNR yards, quite close to downtown, and adjacent to Cottonwood Island Nature Park.

The CBCRFM was officially opened on July 20th 1986 in order to coincide with both Expo ’86 and the 150th anniversary of rail travel in Canada.

In 1988 we acquired and moved the former CNR station from Penny, B.C. some 100 km. to the CBCRFM. Today, the Penny Station is joined on site by 8 other heritage buildings including the former PGE station from Hixon, B.C. These buildings are situated among rail lines accommodating over 40 train cars and a large collection of Forestry Equipment including a 40 ft beehive burner.

In 1989, the CBCRFM’s constitution was revised to include the preservation of forestry industry artifacts.

2003 saw the addition of the Cottonwood minirail to the site.

Until the early 2000s, apart from summer help the CBCRFM had no paid employees. Members performed all the work on a volunteer basis. Today, the CBCRFM has 4 permanent staff positions and is still heavily reliant on support and labour from volunteers.