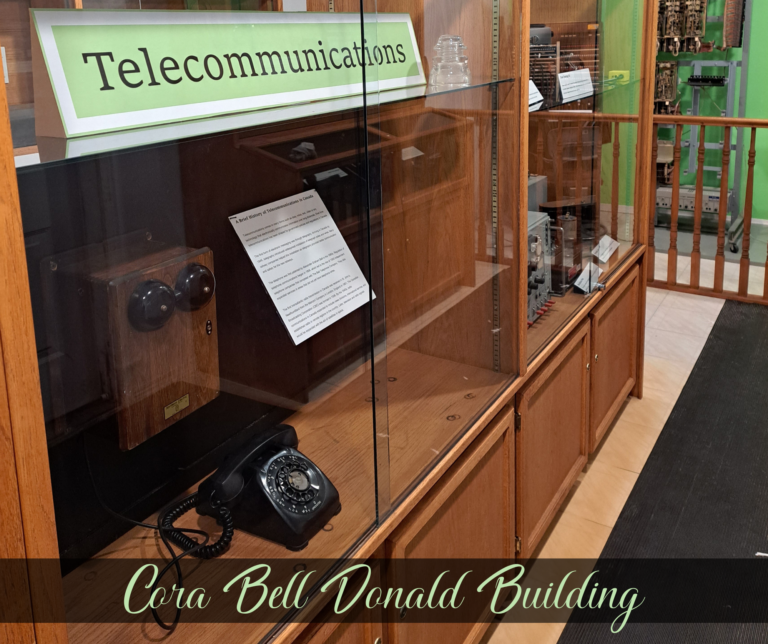 Cora Bell Donald was born in Walkerton, Ontario on September 18, 1907. She worked at the Bell Telephone Company in Ontario, and later worked for BC Tel as a telephone supervisor when she moved to British Columbia in 1947 with her husband, Arthur. She retired from the telecommunications industry in 1970.

Visit this display to learn how workers in the railway and forest industries used telecommunications to work more efficiently, and help communities contact one another by establishing networks and bringing new technology to remote areas.

As the fastest moving transportation, railways developed systems to deliver mail. As technology evolved, railways made the natural transition to providing telegram services.

Employees of the British Columbia Forest Service relied on the use of telephones to communicate emergencies, and to report fires and injuries. Radios were very useful as they could function in remote locations where there were no telephone lines. Radio patrols on the ground aided aerial surveillance and observation of vast forests in Canada.