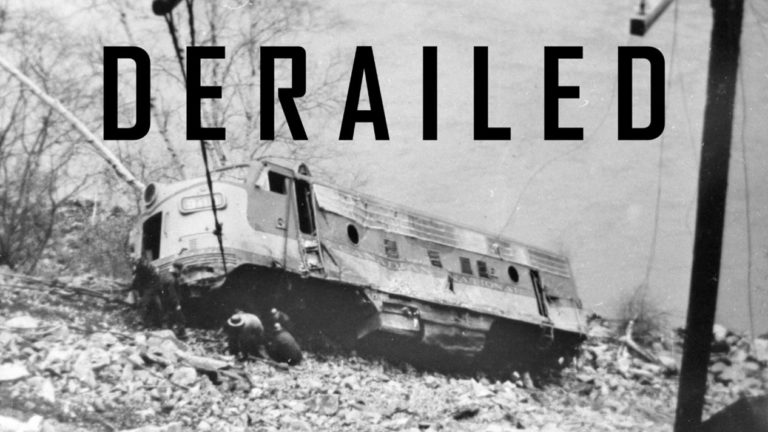 Have you wondered how the railway tracks are maintained? Or what happens if there is a train accident? “Derailed: Keeping the Click-Clack On the Tracks” will immerse you in the experience of auxiliary crews. These crews were ready at a moment’s notice to respond to a railway clean up call. Come learn about various equipment and tools that maintained the railway, dive into the salvage at Seton Lake, and come create your own accident report at the Dispatch Station!

Derailments on the railway were often caused by train collisions, trains going off the rails, and natural disasters such as rockslides. Auxiliary crews were usually a group of 15-20 workers called to derailment sites to clean up accidents, and to put trains and cargo cars back on the track as quickly as possible. This exhibit highlights the stories of Joseph Edward Vivier and Eric Prince Stathers; who were auxiliary crew workers of the British Columbia Railway and the Pacific Great Eastern respectively.

We have set up a Dispatch Station so you can engage in hands-on activities. Here you can meet Hana, our dispatcher for clean-up calls to the auxiliary crew. There are colouring sheets of equipment, and you can make your own train accident report that you can share with others or take home with you.