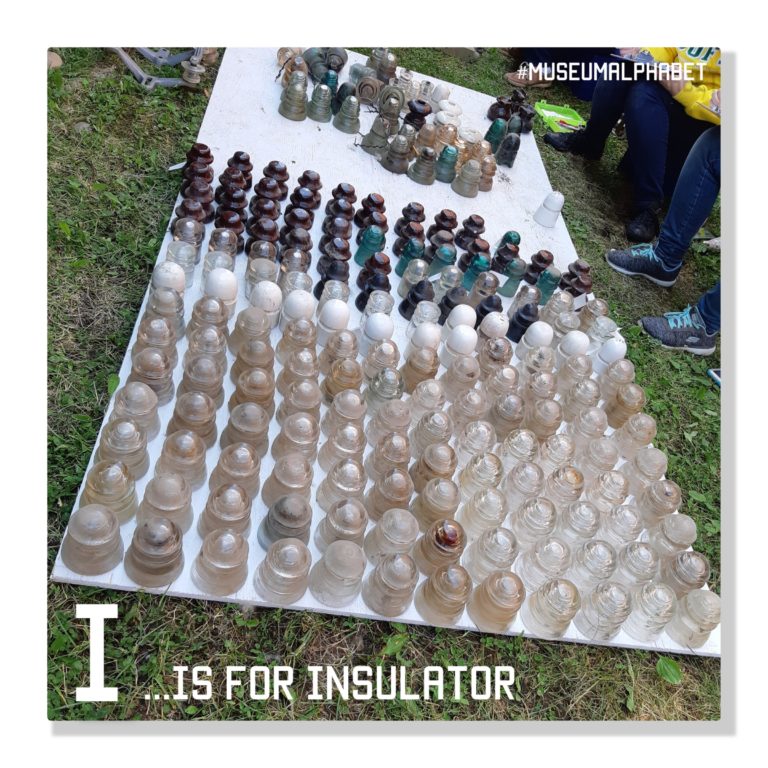 Insulators were an integral part of the telegraph, and later telephone, system.
The wires were attached to wooden pegs which if wet would conduct electricity poorly and reduce the signal though the wires. Insulators were designed to protect the pegs, keeping them clean and dry.
Before the turn of the 20th century, glass was the preferred material for insulators because it was cheaper than porcelain. However, as electrical lines increased in strength, more resilient insulators were needed and porcelain increased in popularity.

At Central BC Railway and Forestry Museum we have many insulators. The majority of these were salvaged from old abandoned telegraph lines in the bush. This past summer our curatorial assistants inventoried over 1,200!