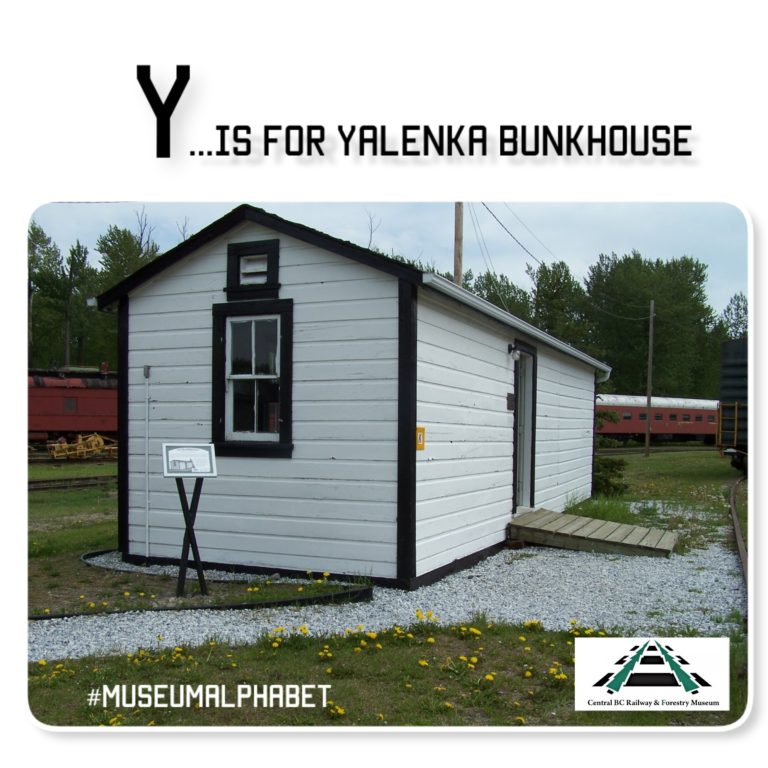 Originally a Canadian National Railway bunkhouse, this building was restored by the Yalenka Ukrainian Cultural Society to celebrate 100 years of Ukranian settlement in Canada in 1992. They also had the goal of preserving the experience of railway workers who lived in such buildings around Prince George.

The portable bunkhouse was used along the railway to house up to 12 workers who repaired the tracks as needed. These men fixed broken ties, cleaned up train wrecks, cleared the track of debris, and performed general maintenance. When they finished one section, the steam crane lifted the little house onto a flatbed rail car and moved it to the next location. These men were among the first Ukrainians to settle in the Prince George region.