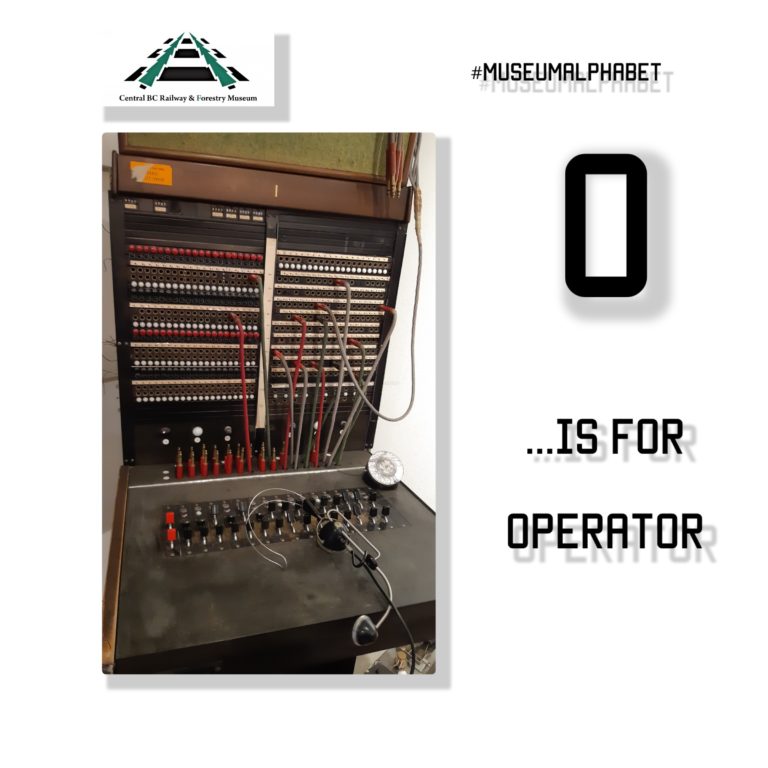 Did you know that Central BC Railway and Forestry Museum also has telecommunications equipment housed in our Cora Bell Donald Building!?

As part of the collection there are two switchboards that would have required operators.

Switchboard operators were typically women. The position was considered a respectable job where women were favoured over men. The expectation was that women were more polite, and pleasant to listen to than men.

Each light, or “doll’s-eye” indicator, on a switchboard was assigned to another exchange. When a subscriber wanted to make a long-distance call, they would dial zero and their exchange’s corresponding indicator would light up.

An operator would see this and answer the call by plugging a cord into the lit-up jack. She would then ask the caller the number they wanted to call and plug the corresponding cord into the jack of the requested area and then dial the given number.

To gain the attention of the person being called, the operator would hold down the “ring” switch. After these steps, the callers would be connected. When both receivers were replaced the indicators would once again go dark. This was seen by the operator and she would disconnect the cords and carry on with the next call.