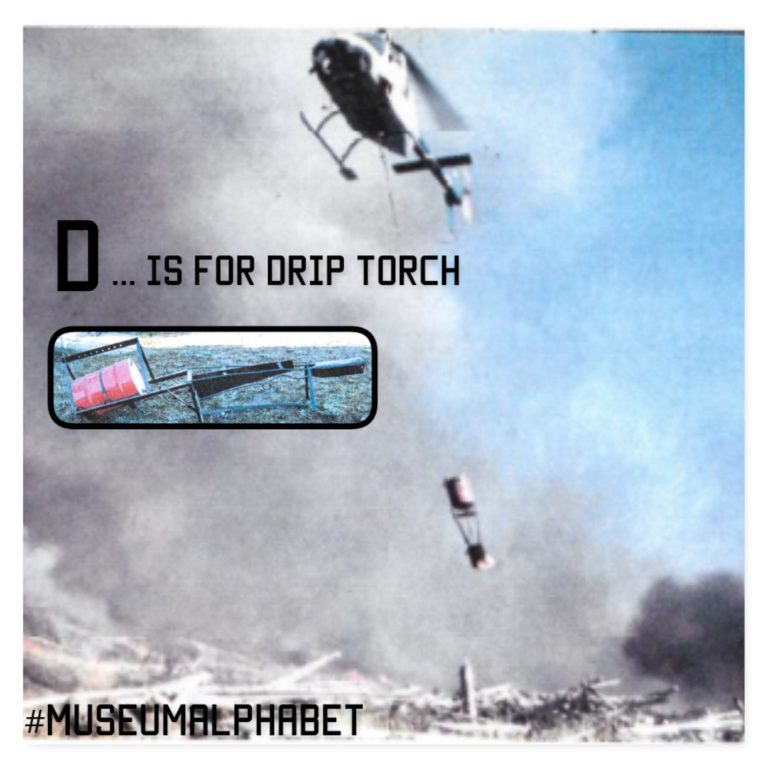 Central BC Railway and Forestry Museum is lucky enough to hold the first Heli-Drip Torch ever developed and used.
A normal hand-held drip torch is a canister of flammable liquid equipped with a long tube which holds a wick. When the wick is lit, the mechanism drips “liquid flame”.
Throughout the 1960s and 70s, the practice of clear cutting became popular which led to a greatly increased amount of “slash”, which is the material left behind by logging activities in the bush. These remains poised a fire hazard to standing forests. While many methods of creating and maintaining controlled burns were tried, a safe method was not developed until the Heli-Drip Torch was invented through a partnership between Northwood and the Canadian Forest Service in 1974. This new gadget hung upside down beneath a helicopter to start burns without endangering workers.